All the statistics and news readily available on the Internet has made us all aware of the number of people dying every minute, hour, and day. During the past pandemics, we didn't have online access to such information.

At the moment, the mortality rates are focused on COVID-19. That surely makes most of us worried. How will my family survive? My friends? Lost my job? No income? Live or must die? The depression is here? What changes I have in finding a new job? Will I starve to death? At least a lot of fun in life is now deceased which of course, is an understatement.

Is Nature Out To Kill Us?

However, let's not forget that life surrounded us by deaths long before COVID-19 for many reasons. I sometimes wonder if nature is out to kill us all. The list of likely deadly natural events that can make the human species extinct is a long one. However, due to the genetic diversity of humans, COVID-19 will not be able to make us extinct.

My colleague and I had a long discussion about four months ago about 'stuff' that has the potential to wipe us out. Pandemics will not be able to make us extinct, but the aftermaths might. Why? Because sometimes people themselves are the worst enemy of all humanity.

For example, when it comes to climate change, we must take action before we reach a threshold of no return. Look up the countries that failed COVID-19 response - too late. What followed? A mountain of dead people. We should all participate, make sure we will not be the next lost civilization anytime soon.

It is not about a shortage of energy or shortage of money that is bringing the human race down. It is all about a lack of love.

Nevertheless, this blog focuses on the 'bugs' that love to use us as hosts. I.e., bacteria, and viruses. Once one virologist jokingly said that the meaning of human life is to act as a host for viruses.

When it comes to COVID-19, we are scared because of the speed it is spreading with, and at the same time, being so contagious. Plus, the incubation period is long, and during that time, many people don't feel sick. Therefore, they can go about their daily activities and unknowingly infect many others. Compare this with a disease that makes people sick fast. People would stay in bed and not infect many others.

The speed of the spread itself is likely to be deadlier than the overall mortality rate. Due to the rapid spreading of COVID-19, healthcare operations are unable to cope with an immense number of patients in a short time. The huge number of patients needing care at the same time results in copious patients unable to obtain adequate care, and thus cause unnecessary deaths.

In Spain, for example, patients were taken off ventilators if they are over 65 years old. The ventilator was the only thing keeping them alive and give hope for recovery.

Prevention? As we have been touted so many times during the current pandemic, the best prevention is good hygiene. Wash your hands, and so on. We all should be familiar with this simple, common-sense advice. Look, for example, in Japan, a country not under lockdown and has managed to control the spread.

*Varies from year to year.

Compare with the 7.1 million deaths caused by tobacco in 2016.

The most common cause of pneumonia, caused by bacteria Streptococcus pneumoniae.

A dangerous bacterial disease affecting lungs caused by Mycobacterium tuberculosis. In Russia, tuberculosis is endemic and an increasing health problem due to the rising incidences of M. tuberculosis strains that are resistant to multiple antibiotics.

Caused by human immunodeficiency viruses (HIV). A well-know disease and will not lead to deaths if treated. However, 38% of HIV-positives in the world are still unable to get medication.

Caused by the unicellular protozoan parasite Plasmodium falciparum. Tropical mosquitoes spread the parasite. However, mortality has decreased due to actions financed by the Bill and Melinda Gates Foundation.

The cause of this infectious disease is RNA viruses. Both type A and B are the cause of seasonal flu epidemics, but only type A can cause pandemics.

See also the Naming Influenza Viruses in the Bulletin of the World Health Organization A revision of the system of nomenclature for influenza viruses: a WHO Memorandum.

In the early twentieth century, physicians wrongly believed Haemophilus influenzae bacteria to be the cause of influenza until the viral cause identified (see above).

This bacteria, Haemophilus influenzae, can cause various types of infections. The most common diseases are 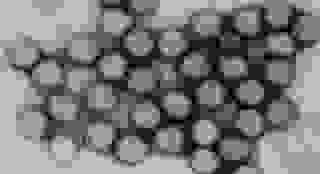 Rotavirus infects mostly children and infants, causing diarrhea, vomiting, pain in the stomach, and fever. People of all ages can get infected by rotavirus, but in adults, the disease manifestations are meeker.

A bacterial infection caused by Shigella bacteria resulting in diarrhea, stomach spasms, and fever, or no symptoms at all. However, people with no symptoms can still infect others.

There are three serogroups of this bacteria Shigella flexneri, Shigella boydii, Shigella dysenteriae, and one serotype, Shigella sonnei. 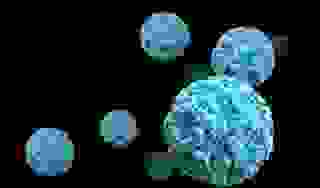 Noroviruses are a genetically diverse group of RNA viruses. These viruses are the most common cause of inflammation of the gastrointestinal tract (gastroenteritis), causing diarrhea, vomiting, stomach pain, and sometimes also fever and headache.

Caused by Human orthopneumovirus, also known as the Human Respiratory syncytial virus (HRSV, or RSV). These viruses infect the respiratory tract, thereby causing symptoms that are similar to a cold. However, RSV can cause inflammation of the small airways in the lung (bronchiolitis) and infection of the lungs (pneumonia) in less than one-year-old children. RSV infection is potentially severe for infants, but it can also cause severe illness in adults, especially the elderly.

What is a Genome?

Centers for Disease Control and Prevention (CDC) and World Health Organization (WHO).