If you have not read Dean Koontz’s novel, “The Eyes of Darkness”, you have either missed an important message or a great story of coincidences. The gist from one particular page in the novel is a deadly bioweapon called Wuhan-400.

An excerpt of the book and coincidences with the current coronavirus COVID-19 outbreak is detailed here. For the sake of brevity, the coincidences are a Chinese person named Li, a bioweapon’s name prefixed by Wuhan, the book title has the word ‘eyes’ that matches Dr Li Wenliang’s profession as an ophthalmologist and the number 39 is the years since the original publication of the novel, which matches chapter 39 where Wuhan-400 is mentioned.

Peculiar encryption in the book

Dean Koontz is a rather eccentric character who used pseudonyms in some of his written works. He has used nine pen names and apparently revealed he has no secret names.

‘Eyes of Darkness’ was written using the pseudonym, Leigh Nichols. In a dictionary of 13,000 pseudonyms, the name Leigh Nichols represents neither a male nor a female but a thing.

Below is an excerpt of the dictionary:

Q: How and why was Leigh Nichols born?

A: How, I think, was by Cesarean section. Why – you’ll have to ask her parents.

It may seem spooky but what thing has predicted a bioweapon? What is also strange is the pseudonym was meant to indicate a name that could be a male or a female to attract a wider audience. It was supposed to be Lee Nichols but ‘Lee’ was changed to ‘Leigh’, and the whole name is to indicate a thing. The significance of this name is explored here starting with an inspiring genius of science.

Origin of The Da Vinci Code

Maybe some of you have read ‘The Da Vinci Code’ by Dan Brown? Right, the book refers to the famous Leonardo da Vinci, who had no formal academic training but yet was famous for many things such as ‘The Last Supper’, conceptualized flying machines and technical drawing.

Da Vinci is regarded by many as a true genius of his time. The book ‘The Da Vinci Code’ speculated on the message of the Holy Grail in the form of encrypted code. There is a link between this book and another book that has a much clearer encrypted message but was challenged by many experts to be unreal.

Enter the book, ‘The Holy Blood and the Holy Grail’ by Michael Baigent, Richard Leigh and Henry Lincoln, which is an international bestseller. The authors hypothesized Jesus married Mary Magdalene, had one or more children and their descendants went to France.

Dan Brown’s novel also explored the bloodline of Jesus. Did Brown steal the ideas from Lincoln et al book? Baigent and Leigh sued Brown’s publisher for plagiarism but was not successful. Anyway, forget the disputes and follow the trails behind the idea of why these books generated so much controversies and debates. More importantly, is there a connection to ‘The Eyes of Darkness’?

The origin to all these ideas traced back to an obscure book, ‘Le Trésor Maudit de Rennes-le-Château’ authored by Géraud-Marie de Sède, which was purchased by Henry Lincoln in 1969.

The book is in French and talks about a hidden treasure, which Henry bought for light reading but gave his life a new beginning instead. The story is as follows, a priest, François-Bérenger Saunière, discovered some parchments in his church, which led him to a lost treasure that mysteriously made him rich.

Proof of how rich he was can still be seen today if one visits the attractions in Rennes-le-Château’. What is the source of his wealth? No one really knows. However, this has been the obsession of many treasure hunters and they flocked to the village to look for it.

Decoded but not believed

Henry Lincoln discovered a secret message from one of the parchments: 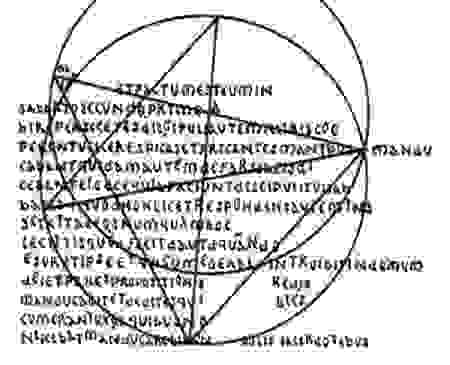 -This treasure belongs to King Dagobert II and to Sion, and he is there dead.

This is the story that has propelled a small village around the castle Rennes-le-Château, which has less than 100 inhabitants in 2008, to fame, bringing up to 100,000 tourists each year.

The story, which is not surprisingly regarded as a conspiracy theory by many, starts with a triangle. Three castles sit on mountain peaks forming a triangle of 72°, 36°, and 36° i.e. an isosceles triangle.

Then, a painting ‘Et in Arcadia ego’ by Nicolas Poussin gave clues of a pentagram, which can be interpreted as mountain peaks corresponding to a five-pointed star. The pentagram is also seen on the parchment message, which is depicted in the figure above.

If you are new to this story, see this video to listen to Henry speaks about his discovery of a geometrical five-pointed star i.e. a pentagram. After you have done so, hold on to your chair to see the last connection, which may just be a pure coincidence for the naysayers.

Another coincidence or anagramming?

In the mid-1970s, Henry Lincoln met Richard Leigh, an American fiction writer, who then introduced Lincoln to Michael Baigent. Through their collaboration, the book ‘The Holy Blood and the Holy Grail’ was written in 1982.

Remember the pseudonym, Leigh Nichols, in the ‘Eyes of Darkness’, which has a page that has been widely discredited for containing an encrypted message?

What will anagramming of Leigh Nichols produce? Anagramming is the art of decoding letters to uncover the hidden message. It is not a straightforward process and computer algorithm can be used to find anagrams.

Leigh is the last name of Richard Leigh. Nichols can be rearranged to ‘Linco hs’, which matched the first 5 letters of Lincoln’s last name but not the last two letters, ‘hs’. Nichols consists of 7 distinct letters that can be used to create the word Lincoln by duplicating the letter ‘l’ and ‘n’. What thing is this ‘hs’?

A psychic, Slyvia Browne, published ‘End of Days: Predictions and prophecies about the end of the world’ in 2008, the year of the last global financial crisis.

Apparently, it says, “In around 2020 a severe pneumonia-like illness will spread throughout the globe, attacking the lungs and the bronchial tubes and resisting all known treatments.” Whether you believe the ‘Eyes of Darkness’ has anything to do with the warning of a bioweapon disaster or not is up to you. However, a disaster is indeed unfolding before our eyes. 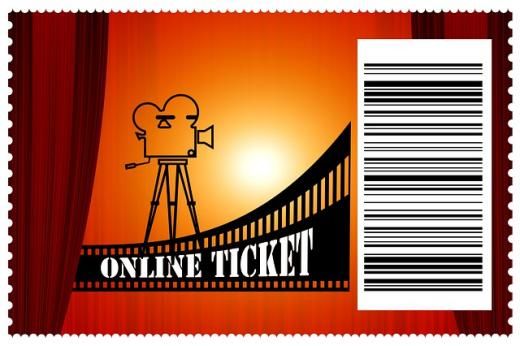